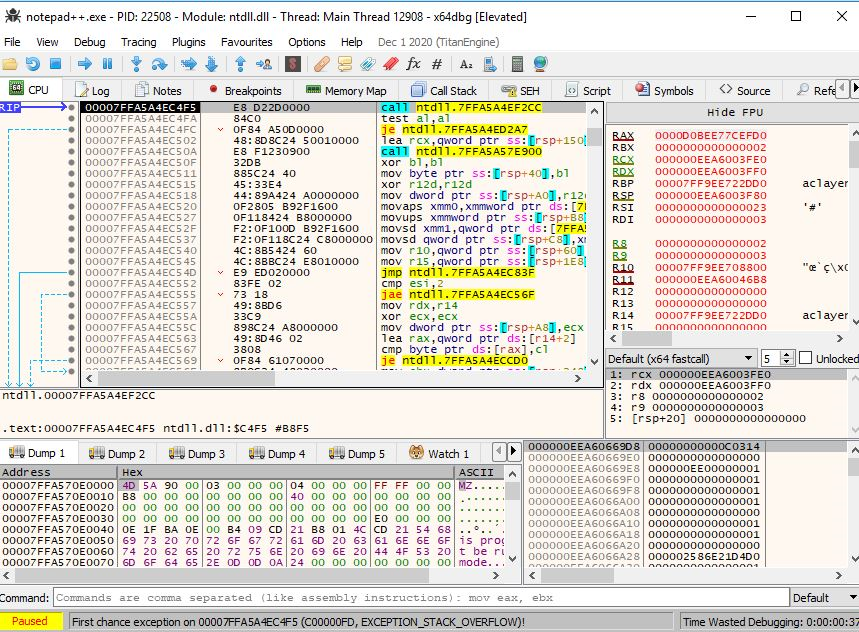 One of the most important areas in Vulnerability Research is triggering memory corruption in target applications. On this paper I want to share how I succeeded Notepad++ crash via corrupting its flow of JSON Viewer plugin. Our focus here is not how strong impact such and exploit would have, rather to share our approach how we succeeded in leading the target app into crash. I tested this approach on the latest Notepad++ version as for now:

The idea was simple: Creating a sample JSON file which could not be handled by Notepad++ when viewing it. Thus I decided to prepare a nested JASON file with the following Python code:

Then the only step I had to do is to open the test.json file and browse it via JSON Viewer button. Then boom, we had Stack Overflow:

Conclusion: It was a fun journey to prepare the idea in mind first and then apply that idea via code. We haven’t delve into more to trying to exploit it yet, maybe in the future. Let this hope to be a note for our little diary.